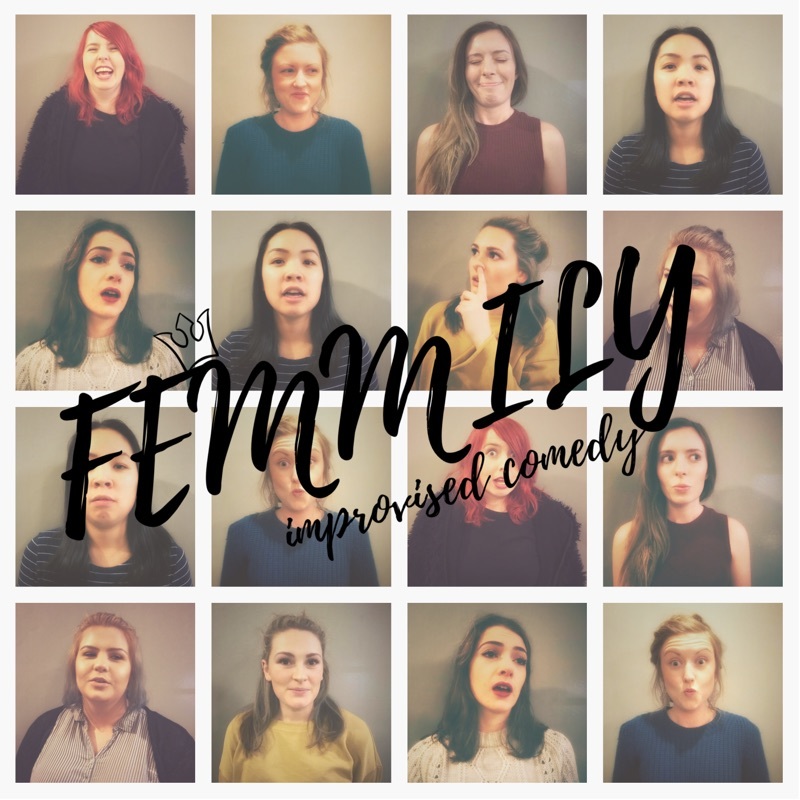 TC: “We’ve been thinking… wouldn’t it be really cool if we got together to put on an hour of improvised comedy once a month at The Improv Conspiracy?”

F: “Hey Canks! Great to hear from you! Yeah, it would. Like, we’re two super fun teams to watch, we’re entertaining, and a little crazy. We all love making people laugh, sounds great!”

TC: “Awesome! So on a Saturday each month we can put on an enjoyable as heck show!”

F: “Sweet! Each team will do a half hour spot”

TC: “Yeah! Looking forward to it! See ya there FEMMILY!”

FEMMILY consists of an all female ensemble cast that includes Ange Chan, Rebecca Kate, Caity Staples, Elizabeth Donald, Indiana, Megan Mitchell and Mon Reid. FEMMILY met, made each other laugh, started a facebook group chat and then formed as an improv team (the natural progression) in July 2016 and since then have been performing monthly at The Improv Conspiracy in Melbourne. FEMMILY is a diverse group of improvisers, each with their own hidden talent (we have a scientist, a writer, a furniture maker, a model, a painter, a stand up comedian, an economist, a shoe expert, a social worker and a teacher among us). FEMMILY shows are all about the friendships and strange interactions or events that can occur in close quarters, come along and meet some wacky and lovely people as they find themselves in some very unpredictable situations" 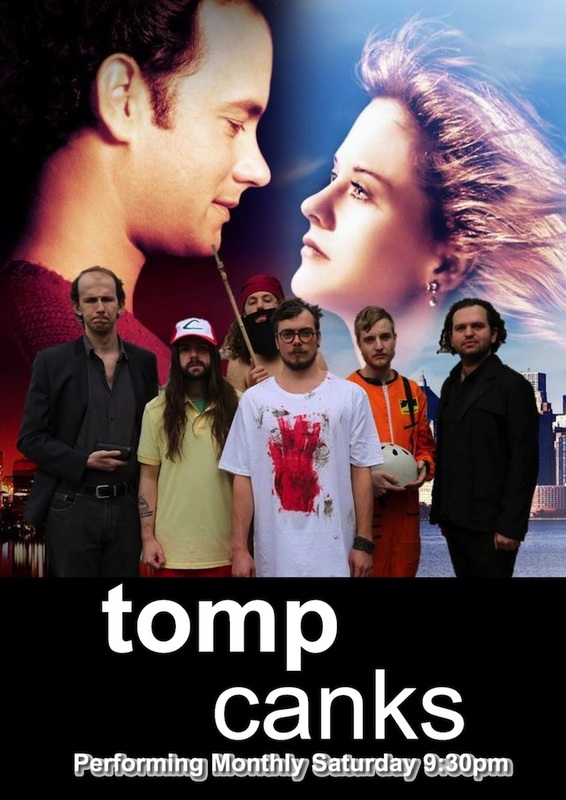 Once upon a time Tomp Canks was an official house team under the Fresh Blood banner. Then Jonno got arrested for being awesome and fairies kidnapped Beau. Meanwhile, Hill, James, Zach and Tom all moved to Fuggtown (performing every Thursday night at TIC’s Harold Night). Now they've decided to get the band back together, and after an intense resurrection ritual they revived the mischievous spirit of Tomp Canks. As a Harold team they were nominated for Best Harold Team in 2016 at the end of year awards. But now they've dumped Harold for trying to tell them what to do and are instead getting dusty every month on a Saturday. Don't tell Tom Hanks we're back.

Stay up to date with the latest Conspiracy news, gossip and discounts.